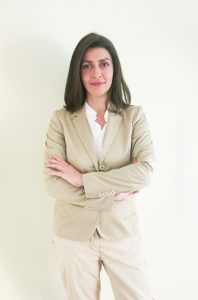 Mrs. Stanislava Valcheva was born in Sofia on September 8th 1981.

Publications: Mrs. Valcheva is a co-author in the edition Real estate financing and credit collatеrals in selected European countries of Cross Border Business Law AG/ Stefan Meyer, in the part refering to Bulgaria. More about the edition you shall be able to find on: